Conceptions of Transgression and Its Consequences in the Mesopotamian Exorcistic Corpus

My doctoral research examines the portrayal of suffering in rituals of the Mesopotamian exorcistic corpus (āšipūtu) that was attributed to the consequences of an individual’s transgressive actions. The concept of 'self-curse', represented by the Akkadian terms māmītu and arratu, emerges as key to these rituals' conceptualization of transgression and its punishment, and therefore forms the main focus of my research. My dissertation comprises three core sections. First, I examine the portrayal of the ultimate causes of suffering, especially in incantations that list possible transgressive actions. I also consider elements of the portrayal that problematize a direct link between these actions and the resultant suffering. These include: the sufferer's ignorance of possible transgressions; the possibility of contracting the suffering through contagion; and the portrayal of 'self-curse' as externalized, demon-like entitites. Second, I look at the manifestation of suffering in social, economic, and cultic problems, as well as physical and psychological symptoms. Finally, I assess the methods employed by the exorcist to remove the patient’s state of suffering. The way these methods were understood to work provides further insight into the exorcist’s conceptualization of transgression and its consequences. My findings suggest a significant new approach to the theology of sin and divine punishment in late Mesopotamian scholarship and give insights into the theoretical background of the āšipūtu corpus.

I currently hold a Theodor Heuss Fellowship (funded by the Alexander von Humboldt Foundation) at the University of Würzburg, Germany, where I am completing my doctoral research under the co-supervision of Professor Daniel Schwemer. 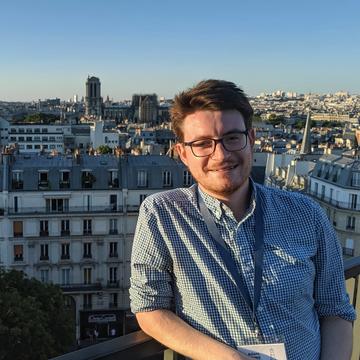