I am a scholar of ancient Indian history and literature, working primarily with classical Sanskrit and some Prakrit textual sources. My scholarship is focused into two streams, Indian religious history and classical Sanskrit poetry (kāvya) between the second and eleventh centuries CE with ramifications into the fifteenth and the seventeenth centuries. I have studied the development of the Goddess cult in early medieval India, looking at texts in both Sanskrit and Bengali, my native language, as well as artistic and epigraphical sources. I have also studied Sanskrit literature, literary culture, and aesthetics. Some themes in my work are the connection of the Goddess cult with kingship between 500 CE and 1100 CE; liturgy and worship; metaphysics; society and religion; religious epigraphy; literary criticism; classical aesthetics; poetic milieus; religion and literature; ‘tragedy’ and the phenomenology of grief in ancient India. My interests include women and gender in pre-modern India, early Indian music, the relationship between classical Indian aesthetics and theology, the Śaka empire (c. 2nd century CE), the Kushan empire (c. 1st-2nd centuries CE), Gupta empire (c. 4th century CE) and the post-Gupta political landscape (c. 6th century-7th centuries).

My peer-reviewed articles include ‘The Rite of Durgā in Medieval Bengal: with text and translation of Raghunandana’s Durgāpūjātattva’ published in the Journal of the Royal Asiatic Society; ‘The Goddess, the Emperor and the Tantric: re-examining Śivāji in the light of Śākta traditions of early modern Maharashtra’ published in South Asian History and Culture; ‘Licence and Faithfulness: Taking Liberties with kathā in classical Sanskrit poetry and aesthetics’ published in the Journal of Indological Studies, University of Kyoto; ‘What makes a good poet according to Someśvaradeva? Poetic merit, demerit and the ethics of poetry in the Surathotsava and the Kīrtikaumudī’ published in the Acta Orientalia Hungaricae, among several others. My first book Heroic Shāktism: the cult of Durgā in ancient Indian kingship (OUP 2017) delved into the history of the cult of the Great Goddess just after the end of the Gupta empire, and its interaction with local cults and the constitution of early kingdoms, using scriptural, liturgical, mythological, literary and epigraphical sources. My second book Classical Sanskrit Tragedy: The concept of suffering and pathos in medieval India, published by IB Tauris-Bloomsbury (https://www.bloomsbury.com/uk/classical-sanskrit-tragedy-9781788311113/) critiques the assumption that classical Indian literature undervalues the tragic. Focusing on five literary works by the classical Sanskrit poet Kālidāsa, while placing him in a wider literary context, the book demonstrates the importance of tragic identity for classical Indian poetry and drama in the early centuries of the common era. These depictions from the Indian literary sphere, by their function and interest in the phenomenology of grief, challenge and reshape in a wholly new way our received understanding of tragedy.

I have taught and researched in several University departments. Before my current position at Oxford, I was at the University of Winchester convening two modules on Hinduism and Buddhism for first, second and third year-students of Theology, Religion and Ethics. Between 2019 and 2020 I taught classical Sanskrit literary works and literary commentaries, Indian religious texts, aesthetics and religious history to undergraduates and graduates at the Oriental Institute. Prior to that I was at the University of Leeds where I taught South Asian Religions, leading two modules for undergraduates that comprised various topics on Hindu traditions, Buddhism, Jainism and South Asian Islam. Between 2014-2017 I was a British Academy Postdoctoral Fellow at the Oriental Institute, conducting research for my first book, and teaching courses on Sanskrit literature and ancient Indian history. Between 2012-2014, I was a Nachwuchsinitiative Postdoctoral Fellow at the University of Hamburg, Germany researching two belletristic interpretations of the Devīmāhātmya, where I also taught Indian aesthetics and Śākta poetry. 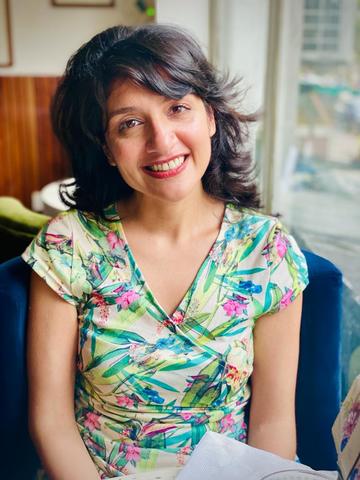