My research revolves around the uses of the past in subsequent periods of Chinese history, specifically the idea and memory of earlier historical figures in the Song, Yuan and Ming periods (960-1644).

The title of my DPhil project is "Good Wood on Crowdpleasers: Humour Publications in the Ming Wanli Period". Taking jokebooks and other kinds of humour compliation of the Wanli period (1573-1620) as its central focus, the thesis explores this hitherto understudied group of texts and situates them within both the publishing world and intellectual currents of late Ming China.

The thesis also hopes to fit within the Humour Studies field as a whole by testing out methodologies and strategies which utilise the specific structures of a joke as a text to the advantage of historical research.

I also write a monthly column on China for Medievalists.net. Recent articles include "Parenting tips from a Tang dynasty general", "Book care in medieval China", and "Child Emperor vs. Empress Dowager: Regency in Western Xia".

Between March-Sep 2020 I held a Research Assistant position at the University of Glasgow under Dr Hongling Liang, on the Carnegie Trust funded project Chinese Modernity/French Education: Chinese Journals Published in France (1907-1934)

Throughout 2019 I worked on a part-time basis for the London-based non-profit Fun: Healthy Chinese Cooking, which delivers workshops in secondary school Food Technology classrooms across England and Wales.

Between 2017-2018, I was Researcher for the twenty-part BBC Radio 4 series "Chinese Characters", written and presented by Prof. Rana Mitter. The series introduces aspects of Chinese history and culture through twenty historical figures.

From 2016-2017, I served as President of Oxford Chinese Studies Society.

In 2017, I was co-organiser for the inaugural Oxford China Humanities Graduate Conference (Extra)ordinary China. I also founded and convened two eight-part seminar series: "From Field and Archive: A Seminar Series on Doing Chinese Studies outside the Library" in 2017 and "OCSS Fieldwork Seminar: Anecdotes and Experiences from Field and Archive" in 2018, which invited graduate speakers to share their experience conducting China-related research in a wide range of areas, from archeological digs and Chinese "cancer villages" to Kenyan archives, philosophy education outreach projects and the diplomatic stage. 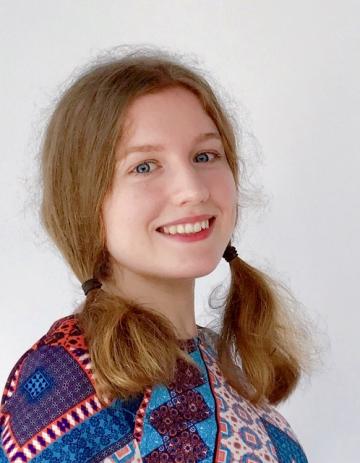