BA French and Arabic (2016) at University of Oxford (Somerville College)

Recipient of the Nizami Ganjavi Scholarship for my DPhil.

Gender, sexuality and morality in the Mamluk period; the reuse and repurposing of anecdotes into anthologies; the work of the anthologist; profane and sacred literatures and their crossover; embodiment and emotions. I work primarily on eighth/fourteenth century monothematic anthologies devoted to love, researching how Mamluk authors construct emotions, the body, gender and sexuality out of older materials and how they use older characters and anecdotes to speak to contemporary debates.

In the academic year 2018-19, I have participated in the Talking Sense research group, hosted by TORCH and the Ashmolean Museum. For the working group, I have also produced a series of podcasts, available to listen here http://podcasts.ox.ac.uk/series/talking-sense or on Apple Podcasts. Talking Sense involved a series of gallery talks about objects in the Ashmolean Museum presented in TT2019.

"Drunk in Love: Intoxication and Ingestion" at The International Symposium of the Taste of Islam, held at Utrecht University, 6-7 June 2019

"Ilyās al-Mawṣilī: an Arab in the New World's Identity Manipulation" at the 8th Congress of the European Society for Comparative Literature Conference, held in Lille, 26-31 August 2019 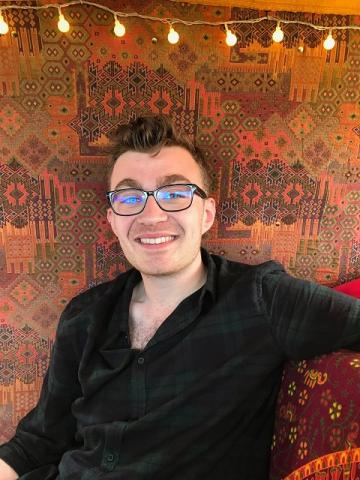