I am an Egyptologist with a background in history (BA) and social and cultural anthropology (BA). I moved from Spain to Oxford in 2008 to pursue an MPhil in Egyptology (St Cross College), followed by a DPhil in 2010 (The Queen’s College). My thesis explored how kinship is constructed and materialised in the monumental record of the First Intermediate Period and the Middle Kingdom (ca 2150–1650 BCE), and it lies in the intersection of archaeology, anthropology, and Egyptology. While the main focus of my research was memorial stelae from the site of Abydos, I combined information from other written, archaeological and pictorial sources to reassess the impact that monuments would have had on the construction, perpetuation, and transmission of social frameworks.

After a period devoted to teaching (see below), I currently hold a three-year postdoctoral research fellowship (Randall-MacIver Studentship in Archaeology) at The Queen’s College in Oxford. My research areas include kinship and social structure, and the material culture of First Intermediate Period to Middle Kingdom Egypt. My work is theoretically informed by archaeological and anthropological models, particularly the notions of material agency, social memory, and processual kinship.

I am now working on a monograph arising from my doctoral research, as well as on some research articles. I am also a keen field archaeologist, and I usually spend two months a year in Middle Egypt working for the Dayr al-Barsha archaeological project [http://www.dayralbarsha.com/].

Kinship in ancient Egypt: archaeology and anthropology in dialogue (forthcoming; expected submission of manuscript in 2017).

In progress   “Middle Kingdom stelae in context”. Expected submission to a peer-reviewed journal in 2018.

Forthcoming (submitted in 2015)    ‘“When the land was milk and honey and the magic was strong and true”: Edward Said, ancient Egypt, and heavy metal.’ In Heavy Metal Classics, eds K. Fletcher, and O. Umurhan (London: Bloomsbury). 35 pages.

I have held three full-time appointments as a Departmental Lecturer in Egyptology at the University of Oxford between October 2013 and September 2016. During this period I had a full range of teaching (including doctoral supervision) as well as administrative duties. I imparted undergraduate and postgraduate lectures on pharaonic history and civilisation, art and architecture, and special seminars on material culture. The latter comprised some handling sessions with the teaching collection at the Ashmolean Museum in Oxford. I also taught some Middle Egyptian text classes and was responsible for the Late Egyptian course from basic grammar to unseen translation practice. 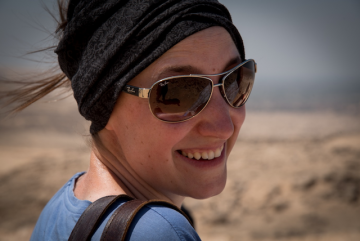