My research interests span different areas of Egyptology. However, my main research revolves around the use and meaning of furniture in the quotidian, funerary, and divine contexts of ancient Egypt. Although my current focus lies on beds, I am also investigating chairs and thrones in more detail, especially their intrinsic link to the former—I believe that these furniture types are more closely interconnected than our own worldview would suggest. Only because Egyptian furniture items look similar to their modern counterparts does not mean that they would have played an identical role in the lives of the ancient Egyptians. Thus, by deconstructing our own notions of the bed and other furniture and reconstructing it with textual, pictorial, and archaeological evidence, it might be possible to get a better picture of these objects and their place in ancient Egypt. In my research on furniture, I particularly focus on their symbolic meaning. Beds, for instance, can represent mother-goddesses assisting the sleeper-deceased in their solar rebirth. However, my interest in religion is not restricted to the interpretation of furniture. I am currently also working on an article about Taweret and Ammit, and the question whether they are in fact the two sides of the same coin—an apparent missing link between these two entities will be central to this paper. 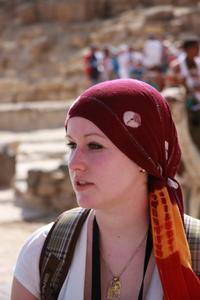