Dr. Moin Nizami received his PhD degree in History from the University of Cambridge. He was Jawaharlal Nehru Memorial Trust Scholar at Trinity College, Cambridge. For his doctoral research he worked on the general area of reform and renewal among South Asian Muslims, focussing on the contributions and significance of the Chishti-Sabri Sufi order during the 18th-19th century. He has obtained MA and BA (Honours) degrees from the Centre for Advanced Study in History, Aligarh Muslim University. Before joining the Centre’s Atlas Project, Dr. Nizami was Assistant Professor in History at the International Islamic University of Malaysia (Kuala Lumpur). 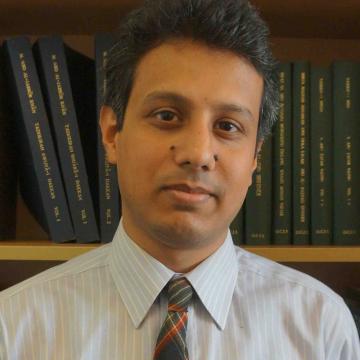