2012- 2014: Master's in Social Affairs and Public Policy (focus on education) from Columbia University and Tokyo

2014- 2017: Instructor and researcher at Zayed University in Dubai

Currently researching how Dubai's citizens and residents form place-attachments, belonging and community in the city, and particularly within its so-called "glitzy" and "consumerist" spaces. Other research interests include culture and society in the Gulf; urban ethnography; nationalism and ethnic diversity in the Gulf; education in the Gulf; gender and feminism in the Gulf.

- "Women's Rights in the UAE: Progress Continues, but Conversation 'Should not End', says Academic,” The National, UAE (May 2018)

- “On the Question of Monolithic National Narratives in the Gulf and Notions of Authenticity,” Sijal Website, (April 2018)

- LSE Middle East Center, London (October 2018): Presented a paper with the title: "Monolithic Representations of 'Arab-ness': From the Arab Nationalists to the UAE"

- NYUAD, Abu Dhabi (March 2017):“Varieties of Emirati Womanhood” workshop- presented a paper on the domestic and private forms of feminism in the Gulf and was part of a panel on women’s right in the UAE

- National University of Singapore, Singapore (Dec. 2017): “Beyond Bedouin and Bania: Arabia-South Asia Relations” workshop - presented a paper on the Indian Ocean connections to the Gulf and the Arabization of the region 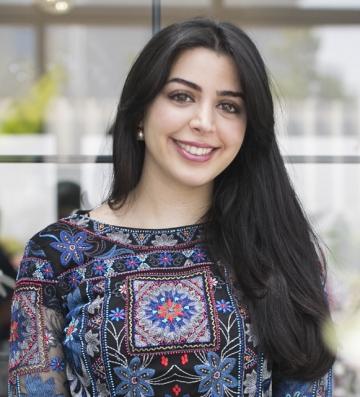