MA, Graduate School of Arts and Sciences, University of Tokyo

Thomas is an AHRC-funded DPhil student in the Faculty of Oriental Studies at the University of Oxford. Before moving to Oxford to work with Professor Henrietta Harrison, Thomas began his PhD at the University of Tokyo, where he was a Japan Society for the Promotion of Science DC2 Research Fellow. His specialism lies in the history of late imperial and early modern China’s international relations and transnational encounters. His DPhil thesis seeks to evaluate the significance of Western middlemen who were employed in late Qing and early Republican China’s legations and consulates, as a means to trace the professionalisation and institutionalisation of Western European diplomacy in the early modern Chinese context. Part of the project was recently published in the renowned Japanese journal Tōyō Gakuhō 東洋学報, and more publications are forthcoming in both the Japanese and French languages.

Thomas is also an active academic translator, working with both the Japanese and Chinese languages. The project he was most recently involved with was the English-language version of Okamoto Takashi, ed., A World History of Suzerainty: A Modern History of East and West Asia and Translated Concepts (Tokyo: Toyo Bunko, 2019) [岡本隆司編『宗主権の世界史―東西アジアの近代と翻訳概念』名古屋大学出版会、2014年], in which feature his translations of chapters by Okamoto Takashi and Morita Yoshihiko.

Thomas also serves as a convenor of the Oxford International History of East Asia Seminar series, held termly at the University's China Centre.

For an overview of Thomas’ publications and translations, please see his Academia page here. 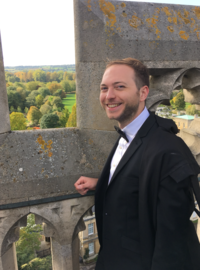