I am an Egyptologist with particular interests in the state formation of Egypt. I studied at Nanzan University in Japan, at the first department of anthropology in the country, and after earning my BA there I came to Oxford as a visiting graduate student of Egyptology for two years. My MA thesis at Nanzan was about the controversial location of the first dynasty royal tombs and through the analyses of about 150 pieces of unpublished Syro-Palestinian pottery kept in the Ashmolean museum of Oxford and Petrie Museum of Egyptian Archaeology in London, I concluded that the tombs at Abydos which have the so-called ‘Abydos Ware’ placed near the king’s body were royal, whereas the tombs at Saqqara with no ‘Abydos Ware’ were non-royal. I then studied the Saqqara archaic cemetery from written evidence, tomb architecture, finds and so on and reached a conclusion that the cemetery actually consists of two parts: the areas of royal family and of high officials. Upon the results of the studies, I received my PhD at Nanzan in 2000.

In the field, I joined various archaeological excavations and surveys in Japan from Jomon to Edo period. In Egypt, I was assistant director of the 3D Laser Scanning Survey of the Step Pyramid of Djoser in Saqqara. Currently I also work as assistant director for the investigation of a Graeco-Roman temple called ‘El-Zayyan’ in Kharga Oasis. Because of the political unrest of the country in this five years, however, the investigation has been suspended.

Another my current project is about the largest collection of Egyptian materials in Japan. Kyoto university has over 1000 Egyptian objects given by the Egypt Exploration Fund and the British School of Archaeology in Egypt about a hundred years ago but they had been unpublished until quite recently.

In my home university, I teach courses on Egyptology such as Egyptian archaeology, Middle Egyptian, and so on. I am also supervising a PhD student who studies ancient Egyptian music. As Egyptology is a still developing academic subject in Japan and regrettably there have been still no department of Egyptology until now, I also teach at such universities as Nanzan, Kyoto, and over ten other universities as a visiting lecturer.

Catalogue of the Egyptian Collection in the Kyoto University Museum.

“Ancient Egypt in the 19th Century Britain and France.”

“Interpretation of Water Environment around El-Zayyan Temple in Kharga Oasis, Western Desert, Egypt - from a Tentative Environmental Map based on ALOS Pan-Sharpened Imagery.”

NAKANO Tomoaki (Supervisor of the Catalogue)

“On the Composition of the Relief of Pasherieniset in Tanis, Egypt.” 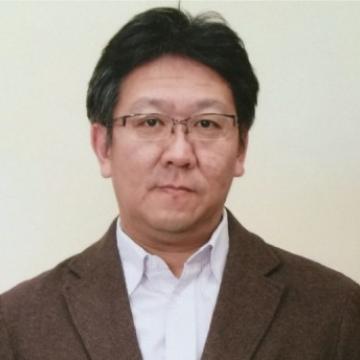