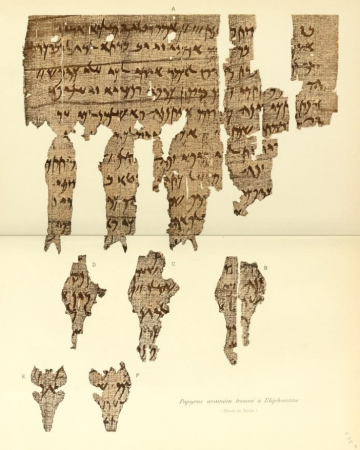 Aramaic is a language that is 3000 years old, or even more. Words are made up from the 22 characters of the Aramaic alphabet. It is part of a group of languages called the Semitic languages. This group has Aramaic, Hebrew, Arabic and many other languages in it. Some old kingdoms used Aramaic language for business. Some religions use Aramaic for their meetings. Aramaic is the language of big parts of the two Bible books of Daniel and Ezra. It is the language of the Jewish Talmud. Aramaic was the language of Jesus Christ. Aramaic is spoken today by small groups of people, particularly by Assyrians.