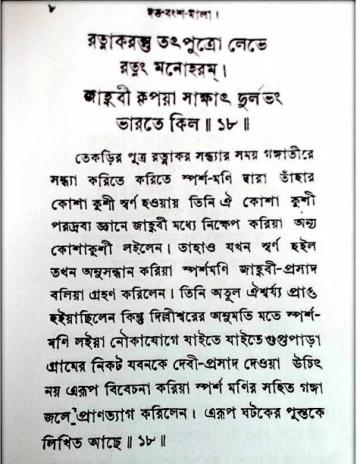 Bengali (Bangla) is the second largest tongue of South Asia and is one of the official languages of India and the national language of Bangla Desh.

A command of spoken Bengali enables scholars traveling to South Asia to have direct contact with those who are not strongly influenced by English education and preserve more traditional cultural attitudes. Knowledge of written Bengali enables the student to have access to a rich tradition that includes not only the writings of the Nobel-prize winning poet Rabindranath Tagore but also the relatively little explored early modern literature and modern Bengali, the first literary culture to respond extensively to challenges set by colonialism. In the eyes of many Bengalis, a command of Bangla expresses respect for their living culture.

Bengali is a one-year elementary language course with two contact hours every week during term time. It is primarily offered as a language option for students enrolled in the MSc or the MPhil in Modern South Asian Studies but students from outside the Faculty can also attend subject to availability and to the approval of the course tutor.