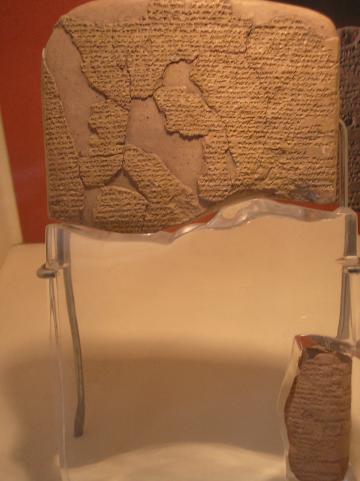 Hittite is the world’s oldest written Indo-European language and is known from thousands of cuneiform documents on clay tablets from the second millennium BC. Hittite was a major language of ancient Anatolia (modern Turkey) and northern Syria. The Hittite kingdom played a key cultural and political role on an international stage. Hittite is related to other Anatolian languages, including Luwian and Lycian.

If teaching is available, students may study Hittite as a second language within the BA in Egyptology and Ancient Near Eastern Studies. You can apply for this BA through any of the following UCAS codes: Q400 BA/Egy; Q402 BA/ANES; or Q401 BA/EANES. Hittite would be studied for six terms, starting in the second year of the degree.

Within the two-year MPhil in Cuneiform Studies students may take Hittite as a second-year half-paper providing teaching is available. This graduate degree has a range of options and is designed for those new to the field and those who have previously studied cuneiform.

No prior knowledge of Hittite is expected at undergraduate or graduate level.