I am an early modern Ottoman historian working on dream narratives, gardens and urban history.

I returned to Oxford’s Faculty of Oriental Studies, where I had served as a departmental lecturer, in 2017, after nearly a decade at Koç University, Istanbul. Prior to that, I held a postdoctoral fellowship at the Wissenschaftskolleg zu Berlin and received my PhD in History and Middle Eastern Studies at Harvard.

Currently. I am working on a book project on the role of imagination in the making of urban communities in early modern Istanbul. Like their contemporaries in Madrid, Cairo, Damascus, Isfahan, Delhi or Nanjing, Ottoman writers produced a rich literature to orient their readers to imagine particular ways of walking, viewing and inhabiting the city. Through the stories about visits to gardens, taverns and shrines, they also reflected on their place in Istanbul’s imperial and Islamic past from the city’s outskirts, turning what had been the rulers’ assertion of power into a site of critical reflection on history. My current book project, entitled “Early Modern Istanbul Imagined: A City of Poets, Scholars and Travelers” aims to show how these narratives about public places document the city at pivotal moments in its history as they also promote new sites of sociability that enjoyed increasing autonomy from the imperial seat of power.

In my first book, “Dreams and Lives in Ottoman Istanbul” (Routledge, 2016) I also worked on the cultural life early modern Istanbul and explored biography writing and dream narratives of literary circles. “Dreams and Lives in Ottoman Istanbul” shows how the narration of dreams provided biographers with a means to form learned communities in a politically fragile landscape and gave them the space to debate the correct career paths in early seventeenth-century Istanbul. Recent studies have examined the shared political and economic rhythms between Habsburg Spain, Safavid Iran, Mughal India, Ming China and the Ottoman Empire, and there is now a strong interest in comparative approaches that examine cultural lives in the early modern world. This first English-language monograph on Ottoman dreamscapes as well as my other publications builds upon this comparative research and introduces a world where dreams changed lives; the dead appeared in broad daylight; and biographers invited their readers to the gardens of remembrance. 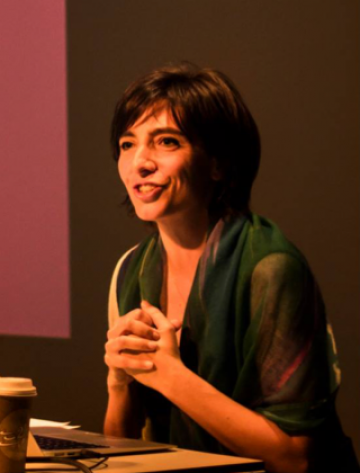