Women in Chaos: Female Images in Song Dynasty and National Instability in the Twelfth Century

2015-2017: MPhil in Gender Studies, The Chinese University of Hong Kong

2012-2015: BA in Chinese Language and Literature, The Chinese University of Hong Kong

My research focuses on examining how female images were produced and shaped by the sense of national instability in twelfth-century China. Before joining the University of Oxford in 2019, I received a BA in Chinese Language and Literature and an MPhil in Gender Studies at the Chinese University of Hong Kong. My main research interests lie in the following areas: gender history, Chinese language and literature. I am also interested in world history, culinary cultures, material cultures and music, and enjoy travelling.

Presentation on “She who Upheld the Important Principles : A Discussion on the Shore of the Virtuous Maiden in the Writings of the Twelfth-Century Song Poets.” In Song shi zuotanhui hesu huodong 宋史座談會合宿活動 (Resarch Camp and Symposium on Song History) (29-30th August, 2019 in Tamkang University, Taiwan)

Presentation on “Extending the Inner Quarter: War and Women in Song Dynasty Depicted in Official Histories and Epitaphs.” In the Second Conference on Middle Period Chinese Humanities (14 - 17th Sep, 2017 in Leiden University, The Netherlands) 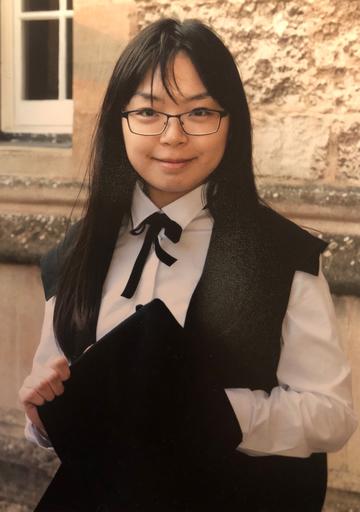