I study the history of North Africa, the Middle East, and Central Asia during the transition from Late Antiquity to the Middle Ages. I am especially interested in relations between Muslims and non-Muslims (including Christians and Zoroastrians), religious conversion, Islamic sectarianism, and the intertwined histories of the Umayyad, ʿAbbasid, and Byzantine empires.

I am the author or editor of four books. The first is Among the Ruins: Syria Past and Present (Hurst - Oxford, 2014), a blend of history, memoir, and reportage from my time in the Levant before and after the outbreak of the Syrian Civil War. The second is Christian Martyrs under Islam: Religious Violence and the Making of the Muslim World (Princeton, 2018), which explores the little-known Christian martyrs of the early Islamic period and the role that violence did (or did not) play in the gradual Islamisation of the region. The third is Conversion to Islam in the Premodern Age: A Sourcebook (California, 2020, co-edited with N. Hurvitz, U. Simonsohn, and L. Yarbrough), a collection of historical texts that describe conversion in a wide array of geographic settings, from Spain and Egypt to India and China. The fourth is The Definitive Zoroastrian Critique of Islam (Liverpool University Press, 2023, forthcoming), a study of the most important Zoroastrian polemical treatise of the medieval period as well as a new translation of its chapters on Islam.

Between 2022 and 2024, I am on research leave writing a new book with the support of the Leverhulme Trust and the Institute for Advanced Study in Princeton, New Jersey. The book explores the history of religious change in three mountainous areas between Late Antiquity and the Middle Ages, including North Africa, Syria-Lebanon, and the Caspian region of northern Iran. Specifically, it examines the relationship between conversion, imperial power, and geography, highlighting the role of neglected non-Muslim and Muslim “minority” communities.

Born in New York City, I earned an A.B. from Princeton, an M.Phil from Oxford as a Rhodes Scholar, and a Ph.D. also from Princeton, where I studied under Peter Brown and Michael Cook. Prior to joining the Faculty of Asian and Middle Eastern Studies (formerly Oriental Studies), I was a research fellow of St John’s College, Cambridge. Along with my academic work, I write about the history, art, and culture of the Middle East from time to time for the popular press, including for The Wall Street Journal, The Times Literary Supplement, and The Washington Post, among others.

Conversion to Islam in the Premodern Age: A Sourcebook (University of California Press, 2020, co-edited with N. Hurvitz, U. Simonsohn, and L. Yarbrough),

Christian Martyrs under Islam: Religious Violence and the Making of the Muslim World (Princeton University Press, 2018)

(Finalist for the British-Kuwait Friendship Society Prize for the best scholarly work on the Middle East; finalist for the Award for Excellence in the Historical Study of Religion from the American Academy of Religion; The Spectator’s books of the year for 2018; an earlier version was winner of the Malcolm H. Kerr Award for best dissertation of the year from the Middle East Studies Association)

Among the Ruins: Syria Past and Present (Hurst - Oxford University Press, 2014)

‘Zoroastrian Law and the Spread of Islam in Iranian Society (9th-10th c.),’ Bulletin of the School of Oriental and African Studies 84 (2021)

‘A Zoroastrian Dispute in the Caliph’s Court: The Gizistag Abāliš in its Early Islamic Context.’ Iranian Studies 52 (2019), 61-83

‘Swimming Against the Current: Muslim Conversion to Christianity in the Early Islamic Period.’ Journal of the American Oriental Society 136 (2016), 265-84

For a complete list of my work, see my page on Academia.edu. 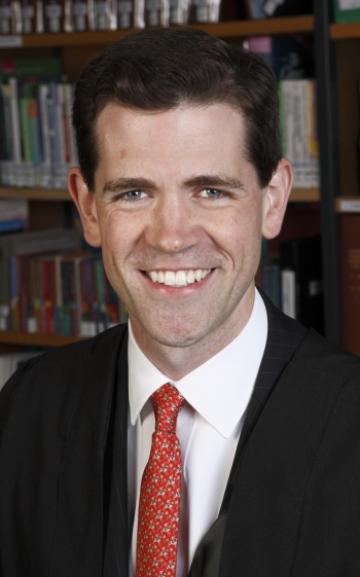