Institute of Social and Cultural Anthropology

Research Interests lie with the fields of medical anthropology and ethnobotany, often with a focus on issues of language and meaning. They concern Chinese medicine; styles of knowing, medical rationale, and pulse diagnosis; body, personhood, and new approaches to kinship and relatedness; touch, pain, feelings, emotions, and sensory experience.

Current field research is mainly on Chinese medicine in East Africa, funded by the British Academy, and other funding bodies.

After conducting field research on "Tactility and relatedness in the house" within the ESRC-funded project on "Generating synchronicity [as a therapeutic technique] in Southwest China" (2006-2010), AHRC-funding has been obtained to pursue field research on "Icons and Innovation in Pumi religious texts"; in a project that explores how in ritual performances shamans in Southwest China interact with their sacred texts (2009-2012). See
http://www.isca.ox.ac.uk/research/medical-and-ecological-anthropology/eastern-medicines-and-religions/icons-and-innovation-in-southwest-chinas-religious-texts/

Since October 2006, ArgO-EMR (Anthropology research group, Oxford, on Eastern medicines and religions) holds seminars in weeks 1, 3, 5, and 7 of term time on Wednesdays, 5-6.30 pm, at 58 Banbury Road, with invited speakers and a yearly workshop in Trinity Term. The theme of next year's workshop will be on the notion of balance in humoral medicines.  (for the seminar series in MT 2010, see http://www.isca.ox.ac.uk/research/medical-and-ecological-anthropology/ea...) 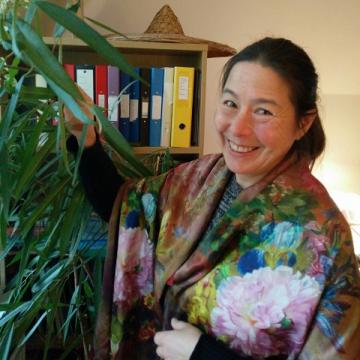