I am a historian and my main interest is in what ordinary people’s lives have been like in China from the Qing dynasty until today.  I am also enthusiastic about writing the kind of history that tells stories as well as making arguments.  Both of my most recent books have been micro-histories and I have made extensive use of fieldwork in China, especially conducting oral history interviews and collecting village-level materials, as well as using more conventional archives and libraries.

My research has included the 1911 revolution, nationalism, Confucianism in the twentieth-century, Catholicism, interactions between China and Europe, and above all the history of Shanxi province.  I have worked across different periods, writing two books about the early twentieth century, and one that is the story of a single village from 1700 to 2012, as well as several articles about the 1950s and 60s.  My main current research is on the eighteenth century, with a focus on diplomacy and the social history of oral interpreting.

The Missionary’s Curse and Other Tales from a Chinese Catholic Village. Berkeley: University of California Press, 2013.

“British Imperialism, French Charity and the Changing Behaviour of Italian Franciscan Missionaries in China, 1800 to 1850” Journal of Modern Italian Studies 15.4 (2010).

“Narcotics, Nationalism and Class in China: The Transition from Opium to Morphine and Heroin in early 20th Century Shanxi" East Asian History 32/33 (2006/2007).

"Clothing and Power on the Periphery of Empire: The Costumes of the Indigenous People of Taiwan". Positions: East Asian Cultural Critique 11.2 (2003).

"Village Industries and the Making of Rural-urban Difference in Early Twentieth-Century Shanxi". In Jacob Eyferth ed., How China Works: Perspectives on the Twentieth-century Industrial Workplace. Routledge, 2006.

I have supervised doctoral dissertations in a wide variety of areas of modern Chinese history, but I particularly welcome enquiries from students with interests in social,  cultural, and local history. 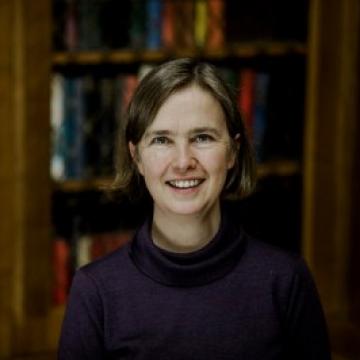