My primary research interests concern the impact of Western literature and art on China during the Republican Period (1912-1949), particularly with regard to periodicals, newspapers and magazines. My research on artists George Grosz, Frans Masereel, and Miguel Covarrubias, all of whom worked for Vanity Fair, has resulted in extensive research on both Chinese and Western pictorial magazines. From 2018 to 2020 I worked as Christensen Fellow in Chinese Painting at the Ashmolean Museum, University of Oxford and my research focusses equally on the disciplines of literature and art. I have taught modern Chinese literature, history, art history and visual culture at the University of Oxford, the University of Cambridge, and the School of Oriental and African Studies.

My current research focuses on popular fiction and the visual arts as they appeared in periodicals and magazines published in Shanghai during the first two decades of the twentieth century.

Essays in Academic Journals and Books

Forthcoming: “The Martial Artist Ma Yongzhen” for a special issue of Arts of Asia for the British Museum’s forthcoming exhibition of China in the nineteenth century.

Forthcoming: “Shao Xunmei and his Golden House Monthly.” Chapter on Chinese literary journals for the Bloomsbury Handbook of Modern Chinese Literature in Translation.

May 2020: ‘The Impact of the Work of Miguel Covarrubias on the Artists of Shanghai’ in Anales, Journal of the Institute of Aesthetic Investigations of the National Autonomous University of Mexico (Instituto de Investigaciones Estéticas), issue 116, May 2020, pp. 17-49.

Book Review: Christopher Rea: The Age of Irreverence: A New History of Laughter in China. (A Philip E. Lilienthal Book in Asian Studies) Oakland: University of California Press, 2015. Bulletin of the School of Oriental and African Studies vol. 79 no. 3.

‘Two Silk Embroideries in the Ashmolean Museum’ in Asian Textiles: Magazine of the Oxford Asian Textile Group, no. 63 (February 2016), pp. 2-6.

2010-16: Translation of inscriptions on objects in the Royal Collection for John Ayres: Chinese and Japanese Works of Art in the Collection of Her Majesty the Queen. London: Royal Collection Trust, 2016, also preparation of glossary and general historical advice.

2018, series of three blog posts, to coincide with the Ashmolean exhibition ‘A Century of Women in Chinese Art’:

A Century of Women in Chinese Art (co-curator). 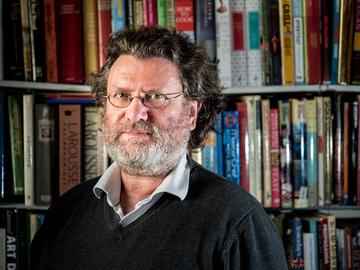