2014 Awarded University Gold Medal for standing first in  order of merit in  the B.A. degree

2013 Awarded Gold Medal for outstanding academic performance in the second year of B.A.

Ranjamrittika is a final year DPhil student in the Faculty of Oriental Studies at the University of Oxford. Her research focuses on a diachronic study of esoteric yoga traditions in north-eastern India, through a common lineage of Buddhism and Hinduism. Her work explores mysticism and language, politics of alternative social imaginaries through religious movements, notions of the subtle body, foregrounding pluralist literature of dissent and its artistic and political implications through performance. In her current research, she analyses language and practice, combining literary criticism with ethnography.   She is currently working on conserving, archiving, documenting and spreading awareness about intangible cultural heritage and oral traditions of highly marginalised rural artists of indigenous communities in Eastern India. Her current archival and academic project is called Mystic Utterances in Tukkhā Songs of the Rajbangshi Community: Poetics, Performance, and Liberation. Her project has been supported by the University of Oxford, the Oxford Centre of Hindu Studies, Zeno Karl Foundation, Switzerland, the Birla Sanskriti Trust, and by the Tata Education and Development Trust.  Her project focuses on the globalized imagination of “religions of nature” and ritual practices and yoga linked to the environment at the disciplinary intersection of literature,  philosophy, anthropology, historiography and epistemology of the History of Religions, and marginalized traditions.

2018-2021 Archival, Documentation and Video recording and Editing for DPhil Project on the Rajbangshi community in Bengal

2014      Project Soundscapes of Kolkata an ‘Oral Narrative Project’ under UGC Innovative Research Scheme, Jadavpur University, Enlisted as an e-resource on South Asia by University of Oxford

2012-2013  Project “Daftaripara” under University Grants Commission, a history Multimedia stories on under-   reported  issues, School of Media, Communication and Culture, Jadavpur University ( on the Binding Workers of Calcutta) 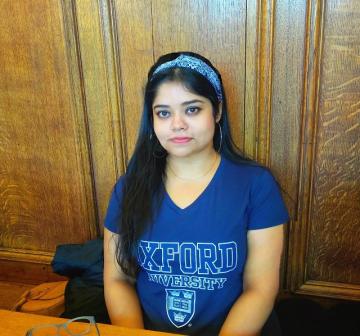