Susann Kassem is currently a Leverhulme Early Career Fellow with the Middle East Centre and the Faculty of Oriental Studies. She was previously a Sasakawa Peace Foundation Fellow and Postdoctoral Research Officer in Middle East Studies at the Oxford School of Global and Area Studies. She holds a PhD in Anthropology from the Graduate Institute of International and Development Studies in Geneva, an MA in Middle Eastern Studies from the American University of Beirut, and a BA in European Ethnology and Area Studies Asia/Africa from Humboldt Universität zu Berlin. Her research examines the role of international interventions carried out in the name of peace in the post-Cold War era. Her book project The Global North in the Global South: The Practices of the United Nations Interim Force in Lebanon analyzes the role of United Nations Peacekeeping in the contemporary world order by looking at one of the oldest and largest peacekeeping forces active today. Based on extensive ethnographic fieldwork conducted in rural south Lebanon between 2009–19, it tracks how UN peacekeeping merges military activities with civilian practices of economic, civic, and cultural engagement in an attempt to implement an idealized political order in the former colonial world. Her current research project uses methods of oral history and historical ethnography to explore the formation of political subjectivities during the multiple reorganizations of everyday life and forced migrations under the shifting borders and systems of rule in south Lebanese frontier villages. It contributes to a growing literature analyzing borders as social processes enacted through the views, practices and identities of border communities in addition to more obvious forms of state policy and border policing.

“Peacekeeping, Development, and Counterinsurgency: The United Nations Interim Force in Lebanon and “Quick Impact Projects”” in “Land of Blue Helmets: The United Nations and the Arab World,” edited by Karim Makdisi and Vijay Prashad. University of California Press, 2016. 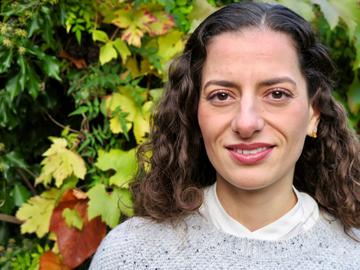