‘The Image of the Migrant Hamal of Constantinople: Late Nineteenth Century Representations of Migrant Workers from Ottoman Armenia’; PhD in Art History, School of Arts, Birkbeck, University of London, 2019.

Social art historian working on the history of visual art production in the Ottoman Empire and the wider Middle East in the long nineteenth century. Interdisciplinarity beyond boundaries – especially along the intersections of art and cultural history with social, political and economic history and anthropology – is at the heart of my research.

‘’His eyes, as if magnets, pull my glance towards them’: Realism, Allegory and the Intimate Portrait of the Rural Migrant from Ottoman Armenia’, Houshamadyan, Vol. II, (forthcoming, Berlin, 2020).

‘Reframing Ottoman Art Histories: Bringing Silenced Voices Back into the Picture’, EAC No. 6, 2015.

‘Portrait of an Ottoman Armenian Artist of Constantinople: Rereading Teotig’s Biography of Simon Hagopian, EAC No. 4, 2014. 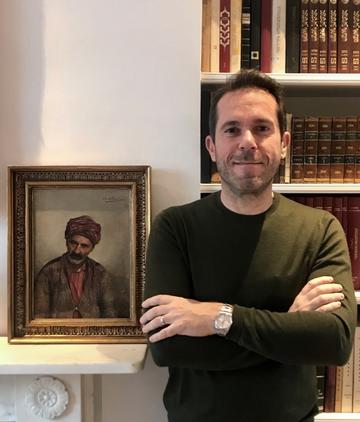