The discovery of the tomb of Tutankhamun in 1922 is often presented as an event from a ‘golden age’ of archaeology, and is often described in terms of colonial nostalgia, using stereotypes from the sort of popular fiction that gave rise to Indiana Jones. In 1922, however, Egypt was starting to become an independent nation, and Tutankhamun quickly became a figure of national identity for Egyptians. The archive created by the excavators was presented to the Griffith Institute after Howard Carter’s death, and the Institute has worked with Bodleian Libraries on an exhibition (April 2022 to February 2023), which we hope will present a more inclusive view of the historical realities of the discovery, and in particular the Egyptian members of the team, who were often written out of the official narratives. Their limited role and the lack of their voices in the archive reveals the inequalities of power in both social and academic worlds. Egyptians appear in many of the photographs, but they are not identified by their names, unlike the Americo-European specialists, and while Carter named and thanked his Egyptian foremen in his publications, these names cannot be securely matched with individuals in the photographs.

The exhibition will showcase a famous photograph of an unnamed Egyptian boy wearing an ancient pendant from the tomb. When first published in the Illustrated London News in April 1927, it was described as having been taken simply ‘to show the method of suspension’, but the photograph can now be viewed as an icon of the relationship between ancient and modern Egypt. This image will take centre stage, while the portrait of Howard Carter by his brother, which presents him very much as an English gentleman will be displayed to one side, moving the spotlight onto the Egyptian contribution to the discovery. The exhibition will also indicate the limited role women played in the discovery, through the diary of the chief photographer’s wife. In this way we hope to show the ways in which the archive can be a source for understanding not only the ancient burial but also the social aspects of the modern excavation, and will suggest to the viewers the implications these aspects have had on the popular perception of Egyptology, and also on the discipline’s own self-presentation. 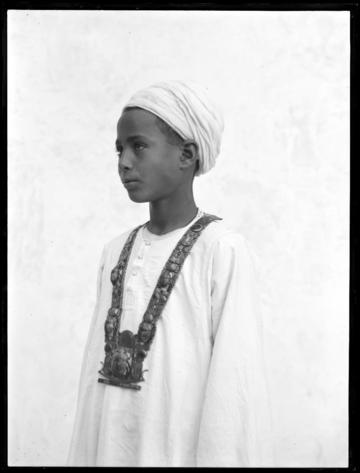 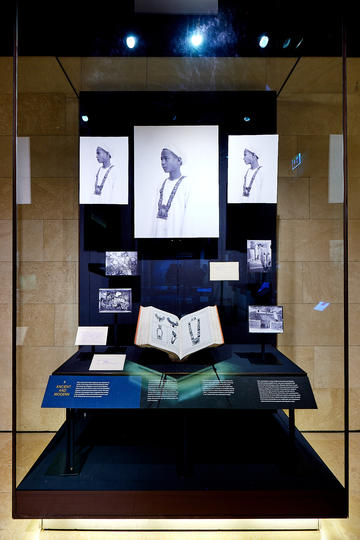