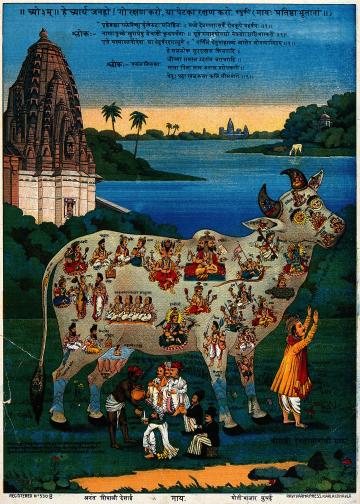 Sanskrit is an Indian classical language whose history stretches back over three thousand years. For much of that time, Sanskrit has been the primary vehicle of intellectual, literary, and religious expression in India. As a language of learning, Sanskrit has served as the cosmopolitan arena in which, for two millennia, forms of systematic knowledge – including logic, grammar, rhetoric, mathematics, astronomy, metaphysics, epistemology, hermeneutics, law, politics, and aesthetics – have been subjected to vigorous debate. As a literary language, Sanskrit has provided the formal medium for poetry, romance, epic, drama, and story literature that was much admired across Asia: imitated, adapted, and translated. As a medium of religious culture, millions of Buddhists, Hindus, and Jains use Sanskrit even today, as they have done in the past. So do practitioners of yoga around the world.

The BA course in Sanskrit aims to give students a solid grounding in the Classical Sanskrit language, and to impart at the same time a general knowledge of the Indian cultural setting in which Sanskrit has had its life and meaning. A substantial amount of the teaching proceeds through the close reading and understanding of texts. Emphasis is placed at the same time on developing a broad understanding of the major literary and intellectual developments in Sanskrit, developing a familiarity with what modern scholars have identified as key debates and topics, and developing an understanding of the history of Western scholarship on India. The history of Sanskrit as a language, and its place within the social history of India, is also given prominence. Alongside language classes and text reading classes, therefore, there are lecture courses on the principal aspects of ancient and medieval Indian civilization, and students will be given regular tutorials, for which they will read relevant literature and write essays on various features of Sanskrit literature, history and culture.

No prior knowledge of any ancient language is expected for students entering the degree.

Alongside the study of Sanskrit, students choose one subsidiary language option, which is studied in the second and third years of the course. Student may choose from among Hindi, Early Iranian (Including Avestan, Old Persian, and/or Middle Persian), Pali, Prakrit, and Tibetan. Exceptionally, permission may be granted to take a different subsidiary language alongside Sanskrit, such as Persian or Arabic. Classics may be studied as a subsidiary option alongside Sanskrit as part of the Classics & Asian and Middle Eastern Studies degree. Students on the Chinese BA course may choose Sanskrit as a subsidiary option.

The objectives of the Sanskrit BA are that, by the end of the course, students should:

Although there is no year abroad in the Sanskrit BA, for the past few decades the Faculty has been able to send students to India, if they wish to go, in order to study during the summer vacation between their second and third years.

Formally, the course is structured in two parts. The first part, of five months, leads to the Preliminary Examination at the end of the second term, in late March. Teaching for this consists mainly of intensive instruction in the rudiments of the language. The second, the Final Honours course, takes seven terms (26 months).

The main teaching for Prelims is intensive language instruction and introduction to text reading as part of the Elementary Sanskrit classes, which all first-year undergraduates must attend for around 4-5 hours per week. Students will also need to commit a considerable amount of their own time to reading text books, completing translation and composition exercises, reading texts, and learning paradigms and vocabulary, alongside the Elementary Sanskrit classes themselves. Students will also attend introductory lectures and take between six and eight tutorials on introductory topics in the study of Sanskrit and ancient Indian literature and culture.

In the Final Honour School, students will broaden and deepen their command of Sanskrit language and literature. Text reading classes provide experience of a wide variety of Sanskrit genres, with a particular focus on the main literary genres. Two set text papers introduce students to two of the historically and culturally most important genres of Sanskrit literature: Sanskrit grammatical science (vyākaraṇa) and Vedic Sanskrit. Alongside this, students choose one area of Sanskrit studies in which to specialize, such as literature, religion, or philosophy; students will read texts and take tutorials in this chosen area in the third year of the course. Students must also choose a special subject; for this students may, and are encouraged to, offer a dissertation instead of an examination paper. The dissertation offers students the opportunity to synthesize some of the many strands of learning they have undertaken during their degree, and to undertake detailed research into a particular topic in Sanskrit or Indology.