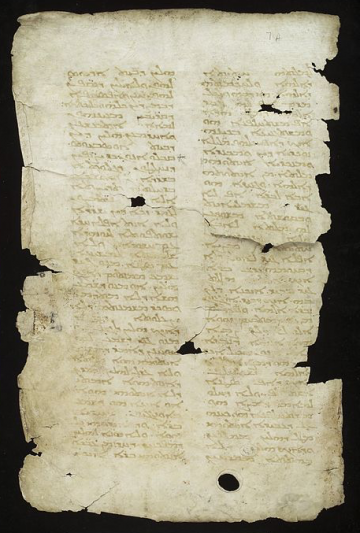 Syriac, also known as Syriac Aramaic or Classical Syriac, is a dialect of Middle Aramaic that is the minority language of Syrian Christians in eastern Turkey, northern Iraq, and northeastern Syria. It is also the liturgical language of several churches.

It was once spoken across much of the Fertile Crescent and Eastern Arabia. Having first appeared in the early first century AD in Edessa, classical Syriac became a major literary language throughout the Middle East from the 4th to the 8th centuries, the classical language of Edessa, preserved in a large body of Syriac literature. Indeed, Syriac literature comprises roughly 90% of the extant Aramaic literature.