Launched on 1 October 2019, TEXTCOURT: Linking the Textual Worlds of Chinese Court Theater, ca. 1600-1800 is a five-year research project that has received funding from the European Research Council (ERC) under the European Union’s Horizon 2020 research and innovation programme (grant agreement No 819953). The project’s Principal Investigator is Tian Yuan Tan, Shaw Professor of Chinese in the Faculty of Oriental Studies. 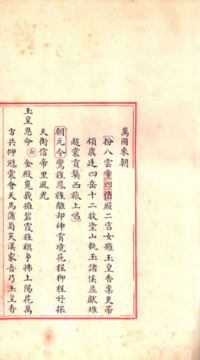 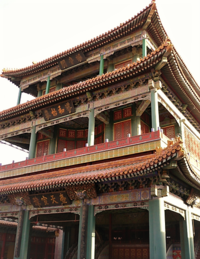 Court theatre was a core part of Chinese court and performance culture for centuries, yet its texts have never been amply studied. There are several reasons for this: their low status in Chinese literary history as ‘authorless’ performer’s texts; the vast (20,000+) quantity of texts and the difficulty of accessing them; and the lack of an existing analytic framework to study anonymous Chinese performance texts on such a large scale. Chinese court drama thus remains a ‘closed’ textual world, neglected in literary history. The lacuna is especially glaring given the quantity and richness of the extant texts: performance practices and other aspects of material culture are preserved alongside dramatic content. Furthermore, court theatre was among the most ‘outward facing’ of all Chinese genres, shown to foreign ambassadors. Many visitors recorded what was often their only impression of Chinese theatre culture. Chinese court theatre thus contains a complex series of closed, disjointed textual worlds.

To re-link these textual worlds, this project will build the first digital archive of court drama scripts and related foreign records. Centring on the textual database, the project aims to establish links among the textual worlds of Chinese court drama, following these main lines of inquiry: Were court drama texts only found in the palaces or also elsewhere? What additional or different data can we retrieve from foreign records, and what does this tell us about the intercultural reception of performance and visual cultures? How do we fully exploit and utilise the rich information about Chinese court drama embedded in these texts, and more importantly, make the collected data accessible both to future researchers and to the general reader?

The project will produce the first textual studies of Chinese court drama, including a court drama textual database, a series of monographs and publications on extended text-based research topics, and an anthology of English translations for the general reader. These outputs will remedy the lack of textual studies on Chinese court drama, contributing towards our understanding of Chinese theatre history and world court cultures. The methodology the project develops to study a large corpus of authorless texts could be applied to other Chinese genres such as folk tales and dialect songs.

For more information about the project, visit https://textcourt.orinst.ox.ac.uk/.