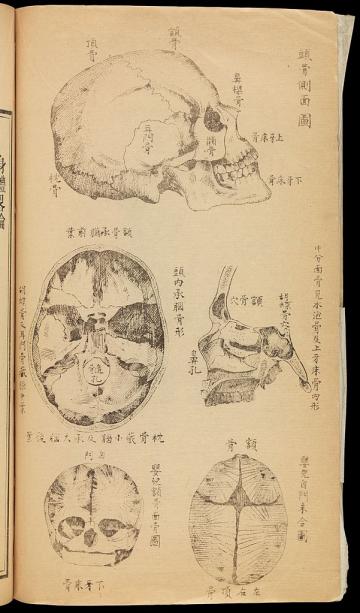 Oxford's Bodleian Library began collecting Chinese books in the seventeenth century, but the University's formal commitment to Chinese Studies began in 1876 with the appointment of the great missionary-scholar James Legge as its first Professor of Chinese. His critical translations of the Confucian scriptures and other classic texts are still used as a standard reference today.

A full honours degree in the subject has been taught in Oxford since the late 1940s. Among the many individuals who have taken the degree in that time some have taken up careers in university teaching, librarianship and museum work around the world, and the great majority of postgraduate students have done so too. Others have used their Chinese in careers with the Foreign Office, the British Council, the Hong Kong Government, and in banking, commerce, journalism, or broadcasting.

The focal point of the present teaching and research programme is the new University of Oxford China Centre in the magnificent Dickson Poon Building in the grounds of St Hugh’s College, which opened on September 8th 2014. The Centre joins together outstanding academics with an interest in Chinese Studies from across the University and aims to strengthen its relationship with China and other centres of Chinese scholarship worldwide. It is an interdisciplinary research centre focused on diverse areas of Chinese Studies including Chinese history, politics, art, religion, literature, global health, business, the environment and energy issues.

The Centre hosts the BA in Oriental Studies (Chinese), and MSc and MPhil programmes in Modern and Contemporary Chinese Studies, with new courses planned for the future. Our special unit, the Centre for Teaching Chinese as a Foreign Language, is developing new multimedia language-teaching materials in modern Chinese.

Apart from offices and seminar rooms, the Centre houses a state-of-the-art language laboratory and a computer room for graduate students, a 100-seat lecture theatre, facilities for receiving satellite broadcasts in Chinese, and a general common room in which teaching staff, students and visitors can meet informally.

The Centre also contains the Bodleian KB Chen China Centre Library with an outstanding collection of 45,000 volumes on China, designed to support research and teaching programmes at undergraduate and postgraduate levels.

In the centre of Oxford, the Ashmolean Museum holds rich collections of Chinese art. Close to the Ashmolean Museum the Sackler Library offers access to the Bodleian’s collection on Chinese art and archaeology. The newly refurbished Weston Library houses the University's Chinese special collections. The greatest part of the 200,000 volumes of Chinese language research material is held in offsite storage. Books can be requested to all of the major Bodleian reading rooms including the China Centre Library, the Sackler Library and the Oriental Institute Library.

Since the mid-1990s Oxford has expanded and diversified its effort in the China field with the help of private grants and endowments and grants from public funds. The most visible result has been the creation of posts to develop teaching and research upon China since the start of the twentieth century. These posts are in social science disciplines, including Economics, Social Anthropology, Political History and International Relations. The University intends soon to extend the range of its work on contemporary China to include other disciplines. This balances the work on language, literature and history pursued in the original programme, and offers students of Chinese a wider range of optional subjects to study alongside their core curriculum. The Bodleian Library has also embarked on a plan to develop a research collection on modern China.