Non-People in the People's Republic: "Landlords" and "Rich Peasants" under Socialism

My thesis is a political, cultural, and social history of the largest group of “enemies” or “non-People” in Mao’s China, those labelled as landlords and rich peasants. These labels, which were assigned during land reform (1946-52) and affected up to ten percent of the rural population, led not only to hostile and often violent expropriation, but also to political and social stigma that persisted long after their material foundations had been destroyed. Relying on internal documents from the central to the sub-county levels, films, books and newspapers articles, and a wide range of memoir material, my thesis explores how the Party-state understood these categories, how it sought to make them part of villagers’ social reality, and how families and individuals labelled as “class enemies” understood and responded to their predicament. My supervisors are Professors Henrietta Harrison and Stephen A. Smith, and my research is funded by the Wolfson Foundation's Postgraduate Scholarship in the Humanities.

I have been interested in the Chinese Communist Party’s revolutionary transformation of rural society since the beginning of my academic engagement with China. CCP land reform was probably the largest redistribution of economic, political, and social capital in human history, and is a foundational building-block in the Party’s historical narrative. It is a topic that is at once very empirically complex and highly politically and morally charged. In addition to my own research, I seek to contribute to greater understanding of these issues by translating and introducing recent Chinese scholarship, as part of the “Revisiting the Revolution” project directed by Professor Timothy Cheek.

"Class Enemies into People: The Discourse and Practice of Reforming 'Landlords' and 'Rich Peasants'", to be presented as part of a panel on "Class as Classification in the People's Republic of China", co-organized with Puck Engman, at the Association for Asian Studies 2022 Annual Conference.

“Cast Out, Again: “Landlords”, “Rich Peasants,” and Their Families during the 1960s and 70s,” China from the Margins: New Narratives of the Past and Present (Xi’an Jiaotong-Liverpool University, online presentation, April 16-17, 2021).

“Moral Rehabilitation without Transition: The Case of Enping County in the Second Decade of the Post-Mao Era,” Transitional Justice without Transition? Redressing Past Injustices under State Socialism (Freiburg University, February 21-23, 2019). 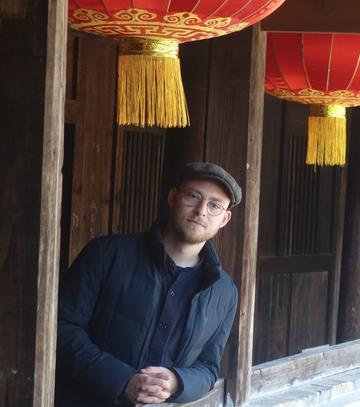