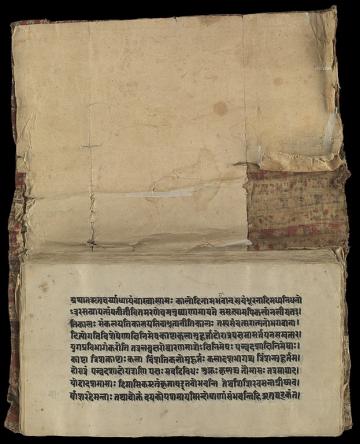 Sanskrit is an Indian classical language whose history stretches back over three thousand years. For much of that time, Sanskrit has been the primary vehicle of intellectual, literary, and religious expression in India. As a language of learning, Sanskrit has served as the cosmopolitan arena in which, for two millennia, forms of systematic knowledge – including logic, grammar, rhetoric, mathematics, astronomy, metaphysics, epistemology, hermeneutics, law, politics, and aesthetics – have been subjected to vigorous debate. As a literary language, Sanskrit has provided the formal medium for poetry, romance, epic, drama, and story literature that was much admired across Asia, imitated, adapted, and translated. As a medium of religious culture, millions of Buddhists, Hindus, and Jains use Sanskrit even today, as they have done in the past. So do practitioners of yoga around the world.

The ‘discovery’ of Sanskrit by European scholars in the late eighteenth century has been hugely important to the development of historical linguistics and comparative philology, being crucial to the reconstruction of Proto-Indo-European, the ancestor of most European and all Indo-Iranian languages.

The earliest Sanskrit is Vedic, the language of the Vedas. These are religious texts with poetic and philosophical elements, which over time became the authoritative, revealed literature of Brahmanical Hinduism.  Most Hindu religious literature, the sacred texts of Śaivas and Vaiṣṇavas, for example, are written in Sanskrit. Many of the Buddhist Sūtra texts that are read across Asia were put into a form of Sanskrit that was especially marked as Buddhist. The Jaina Āgamas were put into Sanskrit as well. Among the many treasures of Sanskrit literature are two monumental heroic epics, the Mahābhārata and Rāmāyaṇa, whose stories and episodes have been adapted and retold by later poets and dramatists, first in Sanskrit and later in the modern languages of India. Four of the five canonical long-form poems in Sanskrit, the mahākāvyas, by the poets Kālidāsa, Bhāravi, Māgha and Śrīharṣa, adapt stories from the two great epics.

The BA course in Sanskrit is flexible by design. It aims to give students a solid grounding in the language, and to impart at the same time a general knowledge of the Indian cultural setting in which Sanskrit has had its life and meaning. A substantial amount of the teaching proceeds through the close reading and understanding of texts. Emphasis is placed at the same time on developing a broad understanding of the major literary and intellectual developments in Sanskrit, as well as a familiarity with what modern scholars have identified as key debates and topics.

For the past few decades the Faculty has been able to send students to India, if they wish to go, in order to study during the summer vacation between their second and third years.

The study of Sanskrit at Oxford is supported by unparalleled library collections in the Bodleian library and some of the college libraries. The Nizami Ganjavi Library and the Sackler Library next door have substantial teaching collections. Collectively, Oxford’s museums and libraries have some of the best collections of Indian artwork and manuscripts in Europe.

The research expertise of the current staff in Sanskrit lies in the Indian grammatical tradition, the history of Indian science, the Tantric traditions in India, Mahāyāna Buddhism, the Vedic and Brahmanical tradition, and the historical philology of the Indo-Aryan and the Indo-Iranian languages.